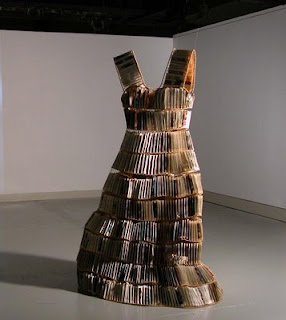 Maria Anasazi is a native of Greece who has lived in the United States since 1980. She is an active member of the arts community in the Mid-Atlantic region and has been teaching since 1993, in schools and various institutions including detention centers and prisons.

Anasazi studied art in the San Francisco Bay area where she started exhibiting her sculptural and installation work in 1990. She has had solo exhibitions at the Delaware Center for Contemporary Art, Arlington Arts Place (VA), and Montpelier Cultural Arts Center (MD). Her work has been featured in many group exhibitions , including South/Center, Miami, Florida; Frumkin/Duval Gallery, Los Angeles, California; The National Museum of Women in the Arts, Washington, D.C.; and School 33 and Maryland Art Place, both in Baltimore, Maryland.

She has received numerous awards from the Maryland State Arts Council for her work with the Artists-in-Education Program, and she was the recipient of an Individual Artist’s Award in 2001. Recently she received an Art and Community Visual Arts Residency Grant from the Delaware Center for Contemporary Art. Her work has been reviewed in Art Papers, The Washington Post, Fiberarts magazine, and Surface Design.

Anasazi holds a BFA in Graphic Design from California College of the Arts and an MA from the Creative Arts Department of San Francisco State University, California. She also received a certificate in Expressive Arts Therapy from JFK School of Psychology, in Orinda, California. 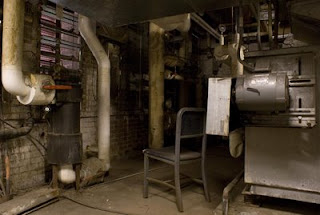 Francesca Pfister’s photos and videos are an archeological exploration of the everyday. These visual records, of permanent marks or ephemeral traces found on the physical world around her, examine human presence. Struggling between embrace and rejection, awe and disgust, her work investigates personal points of reference within the shifting formulations of cultural identity and an increasingly nomadic condition of contemporary society.

Ms. Pfister has an Art History degree from the University of Lausanne in Switzerland, as well as a professional certificate in Museum Studies from NYU in New York. After working for several years as a curatorial researcher and educator for museums and other nonprofit organizations in New York, she moved to Philadelphia and shifted her involvement in the arts. Pfister has studied photography at the University of the Arts in Philadelphia, as well as at the Centre Iris in Paris. She recently earned an MFA in Photography from The University of Pennsylvania, where she is a lecturer. Ms. Pfister’s work has received numerous positive reviews. Her MFA project work, exhibited at Icebox Project Space in Philadelphia, was reviewed by Libby Rosof in artblog; fallonandrosof.blogspot. her triptych Pink Stacks was noted by Benjamin Genocchio as a part of his review for the New York Times of the Perkins Center for the Arts Pink at Perkins show. Her photography has also appeared in several architecture publications, including the third edition of Deborah Gans’s The Le Corbusier Guide and the upcoming Penn publication, VIA: Occupations. 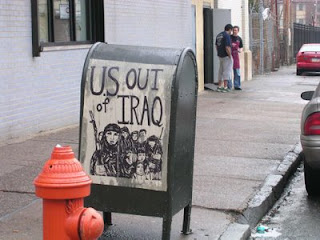 Beth Pulcinella is currently an art instructor and program coordinator at the Southwest Community Enrichment Center and a workshop artist at Spiral Q Puppet Theater. She was also a co-founder and collective member of Paint the Town House Painters, an art teacher at the Academy of Fine Art Summer Youth Camp, and a lead artist at Spiral Q Puppet Theater. Her numerous art exhibitions and performances over the decade include recent anti-war wheat paste installations in Philadelphia and puppet shows at the Puppet Uprising and Philadelphia Fringe.

Pulcinella volunteers as a program coordinator and fundraiser for the Pentridge Children’s Garden, a community garden that provides a safe space for neighborhood youth to learn about gardening and explore their creative selves. She previously served as a board member for Puppet Uprising, a collective that hosts quarterly puppet cabarets in West Philadelphia. She earned her BFA in Crafts with a concentration in Fibers from the Philadelphia College of Art and Design, for which she received the 1998 Fibers Award. She is currently in her third year of an apprenticeship with master gardener Blanche Epps. 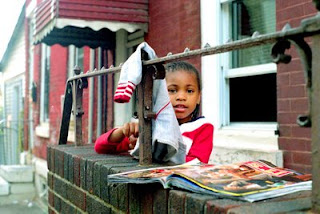 Sarah Stefana Smith is a photographer whose creative work is influenced by her political work. Educated at Spelman College (BA) and Goddard College (MFA) she is a member of the Anti-Displacement Support Committee, working to support groups fighting gentrification in South, North, and West Philadelphia. Since 2006, she has also been a part of the Media Mobilizing Project (www.mediamobilizing.org), a group that engages in collaborative media making with organizations and individuals whose issues and experiences are purposely submerged from view. The media that they create is designed to clarify the issues at stake, document lived human realities, and act as a tool to inspire and unite those who have a vested interest in change.

Smith has been a recipient of the Leeway Art & Change Grant (2006, 2007) and has exhibited her work in a variety of venues including Spelman College and the High Museum of art (Atlanta), and the African American Museum (Philadelphia). 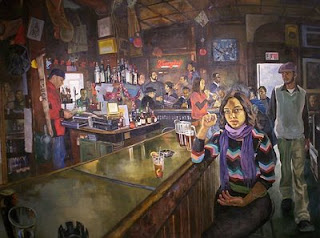 Gabriele Tiberino was born in 1983 in Philadelphia, PA. He grew up in a family of artists in the West Philadelphia area. Gabriele has been encouraged to draw and paint since age three. When he was seven years old, he had his first one-man art show in a portrait gallery on South Street. Throughout grade school, high school, and college Gabriele has placed work in art shows in Pennsylvania, New Jersey, and New York. At age 16 he attended the Pennsylvania Governor’s School for Art and subsequently began volunteering with the Philadelphia Mural Arts Program.

Gabriele graduated from the Creative and Performing Arts High School in 2001. In 2005, he earned a degree from the Pennsylvania Academy of Fine Arts and received the best figure painter award in the ASE. Over the years Gabriele has collaborated with many notable artists including Salvodor Gonzalez, Paris Stancell, Don Gensler, Anne Northrop, and most recently, Marcus Akilana. Gabriele currently has work available for viewing at the Sande Webster Gallery.

Gabriele believes that art functions in a society best when it serves to uplift the community. As an artist, Gabriele tries to apply this belief to canvas when translating the everyday lives of Philadelphians into portraits. His numerous cityscapes tell the story of Philadelphia, a city caught between transition and traditionalism. Gabriele plans to continue as a working artist in Philadelphia by creating art that inspires and uplifts the people.
Posted by 40th St Artist in Residence Program at 6:54 AM